Indian Silk Industry: A Backstory on the Sheen of Silk–The Queen of All Textiles

The Sericulture sector provides livelihood to millions of farmers in various states of India. India is the world’s second-largest producer of raw silk. Enormous employment potential spawned across the silk industry’s value chain can undoubtedly put our country on a path of economic progress. Owing to the low capital requirements and remunerative nature of production from rural on-farm and off-farm activities, the silk . industry in India plays a vital role in socio-economic development. The agrarian sector provides employment to millions of people in rural and semi-urban areas.

The Diverse Silk Profile of India

India holds the distinction of being the only country in the world to produce five different types of silk.

Mulberry silk is derived from the cocoons of the Bombyx mori, a type of moth. These moths produce strong, odourless, pure white fibre cocoons. These cocoons are utilised to generate smooth-textured cloth that has been utilised by humans for thousands of years. 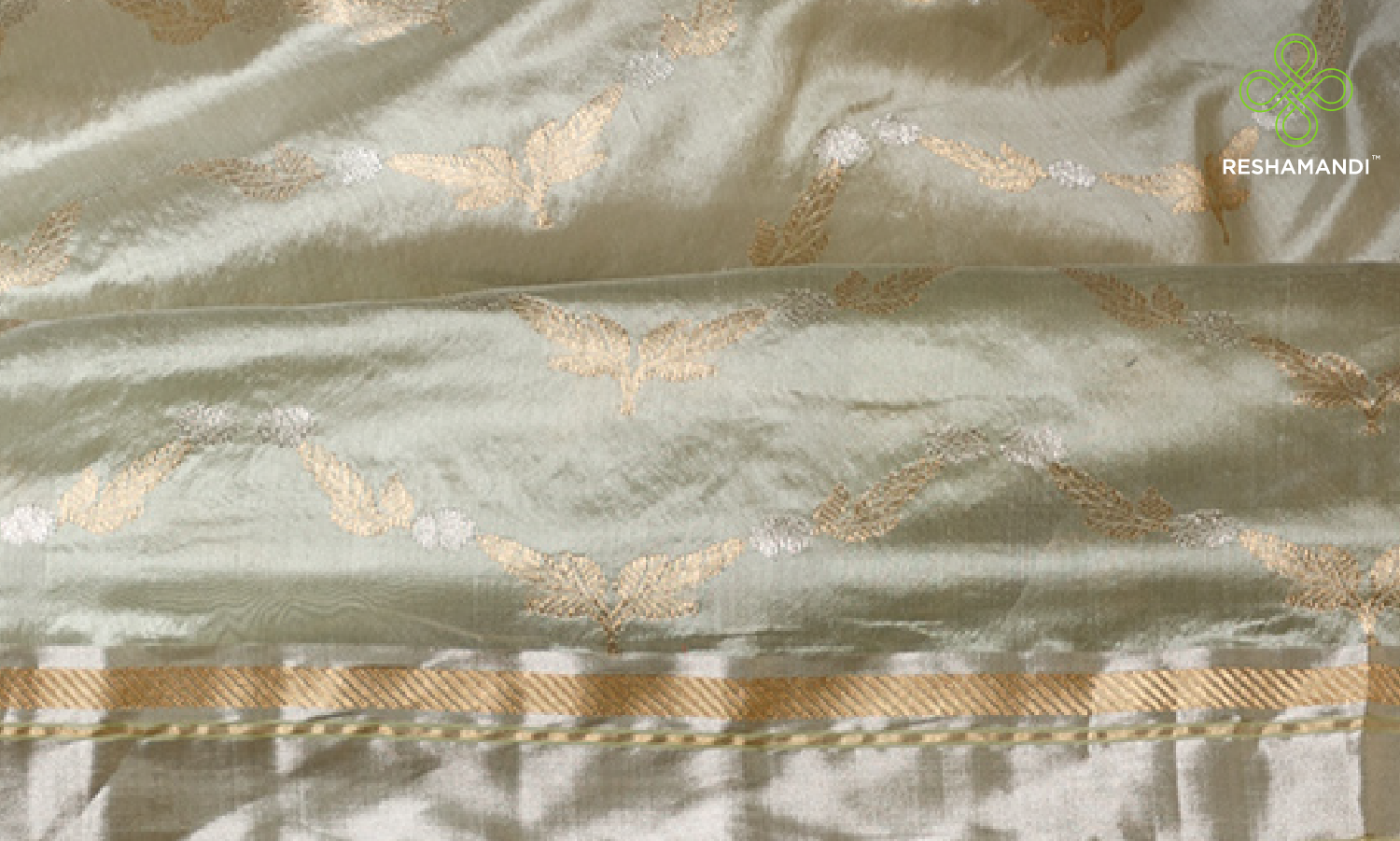 Apart from strength and texture, Mulberry silk has a luxurious feel. The pure white hue reduces the number of dyeing procedures required, allowing it to be dyed in a wide range of colours and designs. It has a glossy finish without the use of metallics or other materials. Regardless of how the fibres are spun mulberry silks can be easily transformed into an extravagant drape.

Mulberry sericulture is practised in the Indian states of Karnataka, Andhra Pradesh, Assam, West Bengal, Jharkhand, and Tamil Nadu. With a massive share of 65% Karnataka is the largest producer of Mulberry silk in India. Favourable climate conditions for rearing silkworms, advanced technologies of silkworm rearing, new species of mulberry, effective circulation techniques and high yielding silkworm breeds have contributed immensely to the Mulberry silk production in the state of Karnataka. It produces around 9000 metric tons of mulberry silk.

Tussar silk is produced from the larvae of silkworms belonging to the moth genus Antheraea. These silkworms dwell in the forests, consuming the leaves of the trees they live on as well as other food plants such as Jamun and oak. Tussar silk is prized for its luxurious texture and deep gold colour. 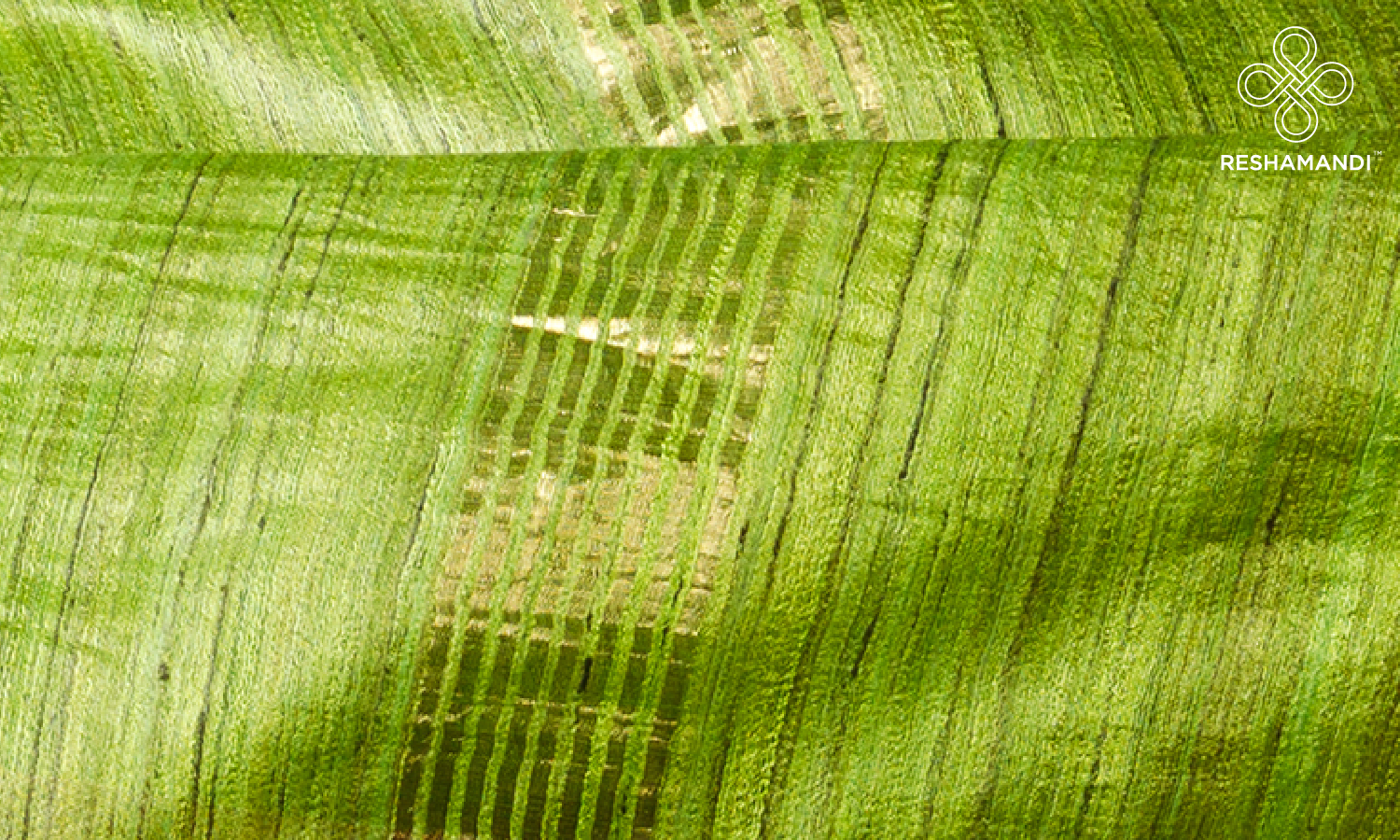 India is the world’s second-largest Tussar silk producer and the sole producer of Indian Tussar silk, also known as tropical Tussar. Much of it is made in Bhagalpur, Bihar, and the Malda area of West Bengal, where it is known as Bhagalpur silk. Tussar silk is also produced in Chhattisgarh and Madhya Pradesh. In recent years, Jharkhand has been the world’s largest producer of Tussar silk.

Muga silk is produced from the larvae of the Assam silkmoth. It has many unique features that include, extreme durability, a natural yellowish-golden tint, Muga silk is extremely durable and can also be dyed after bleaching. Also, it can be hand-washed with its lustre increasing after every wash. The state of Assam, is the largest producer of Muga silk in India. 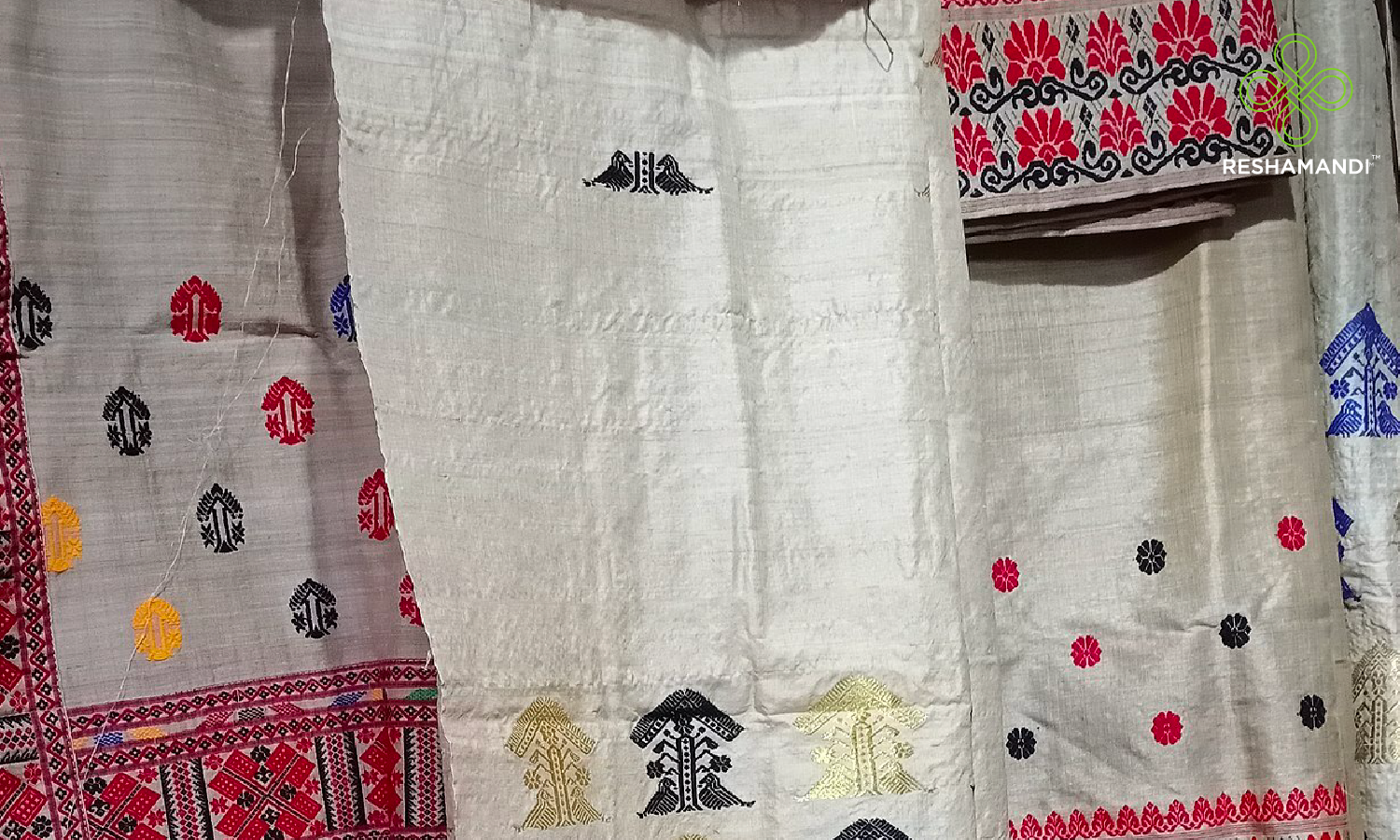 Eri silk is produced by the Samia ricini caterpillar. As the silkworm feeds on castor plants, the name “eri” is derived from the Assamese word “era,” which means “castor.” Eri silk is extremely durable combining the elegance of silk with the comfort and warmth of cotton and wool. It is grown in Meghalaya, Assam, Nagaland, Manipur, Arunachal Pradesh, Bihar, Jharkhand, Chhattisgarh, Odisha, Karnataka, and Andhra Pradesh, as well as a few small cities in other states of India. 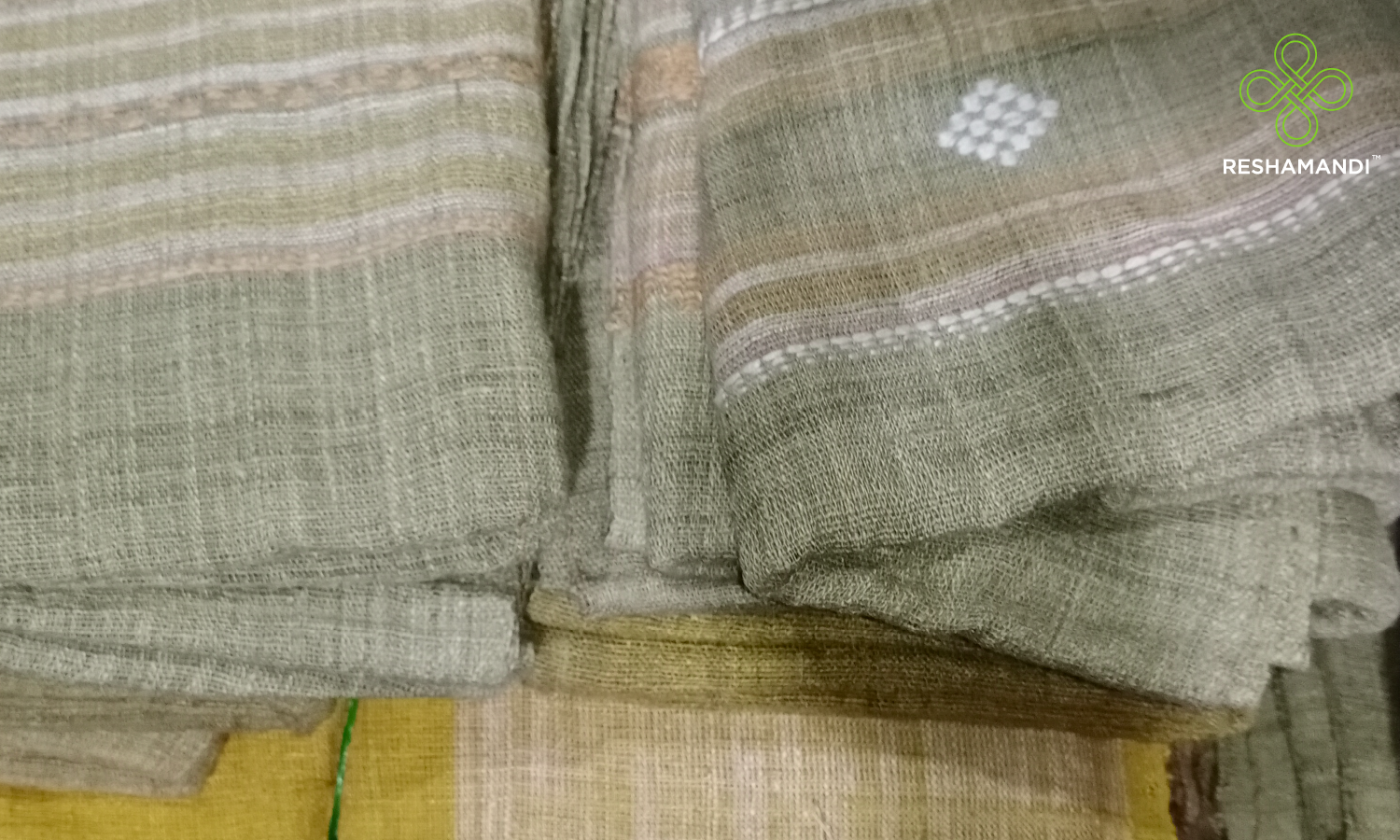 The Sericulture sector in our country is a vast domain, with immense potential to propel India to become the numero uno producer of silk in the world. 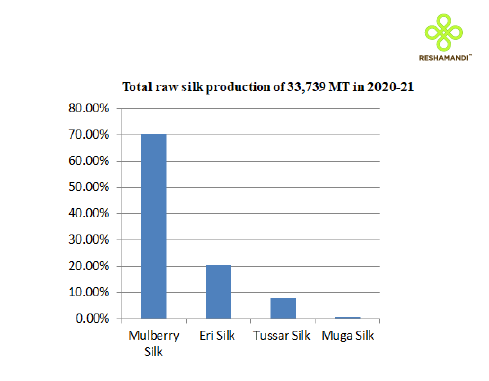 ReshaMandi is facilitating IoT devices, necessary agri inputs, and advisories to seri farmers. With a touch of technology, ReshaMandi is successfully changing the entire contour of the natural fibre ecosystem. With its technological interventions, ReshaMandi is setting up processes that will enable seri farmers to optimise crop yields and thus amplify silk production in our country.