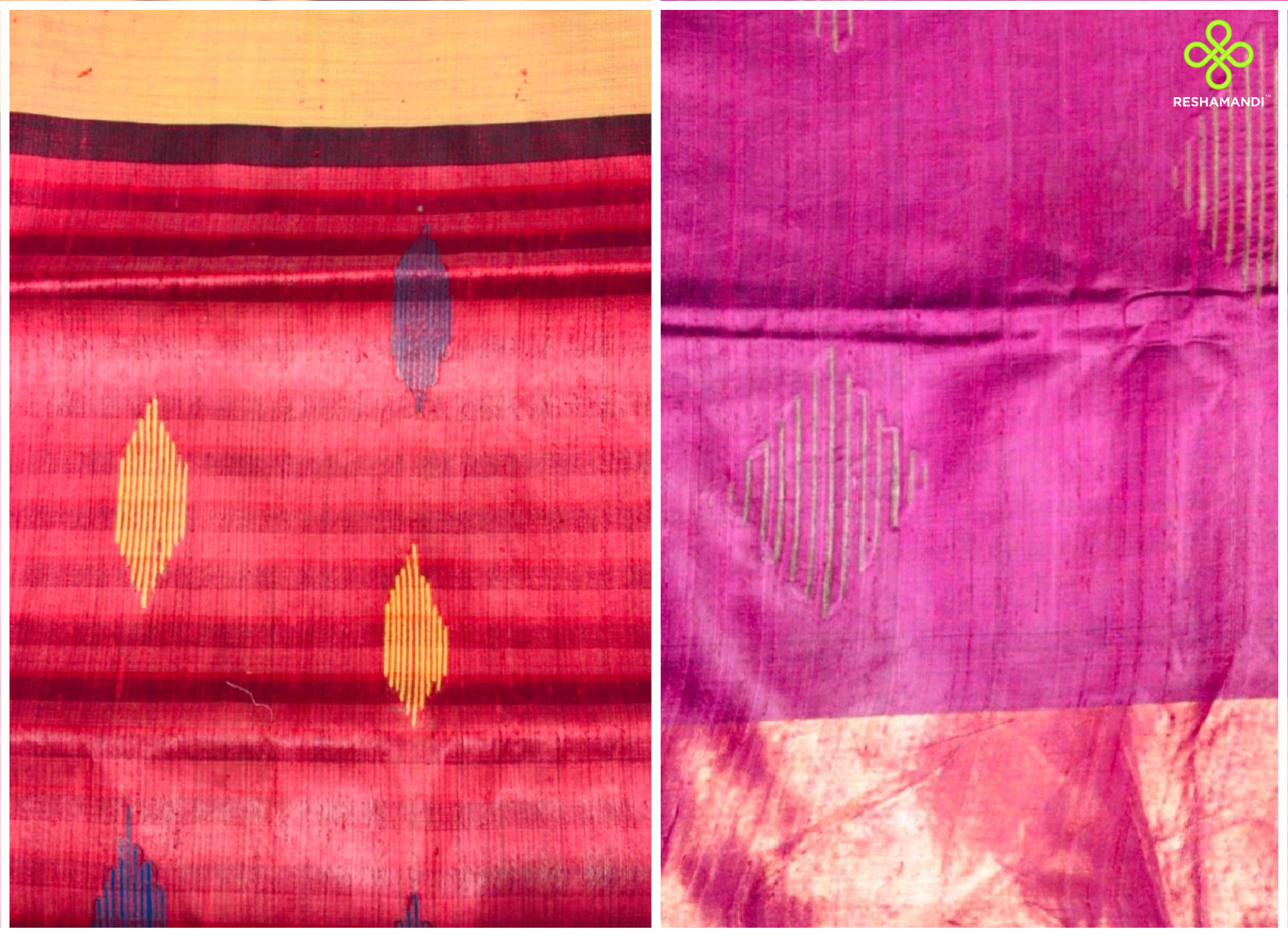 Tussar silk is renowned for its charm and splendor. It is lightweight and has a luxurious touch.Tussar silk, also known as ‘Kosa Silk’ is valued for its rich texture and deep golden hue.

Tussar silk fabrics are made from the silk yarns obtained from yellowish-brown colour wide-winged moths that belong to the Genus Antheraea. Unlike mulberry silk worms or Bombyx mori, Tussar silk worms,A. assamensis, A. paphia, A. pernyi, A. roylei, and A. yamamai feed on local trees and hence also referred to as ‘Wild Silk’

There are many attributes of Tussar silk that appease fabric connoisseurs. Delicate and stiff in nature, Tussar silk has a rich coarse texture, and gives a cool comfortable feeling. The unique property of Tussar silk, is its ability to refract two different shades at different angles, makes the person adorning Tussar silk fabric stand out easily in a crowd. The finished fabrics and apparel produced from Tussar Silk are popular and are exported to various countries worldwide.

Tussar silk is largely produced in the Bhagalpur city of Bihar, and in the West Bengali district of Malda. The state of Jharkhand has become the largest producer of Tussar silk in recent years. 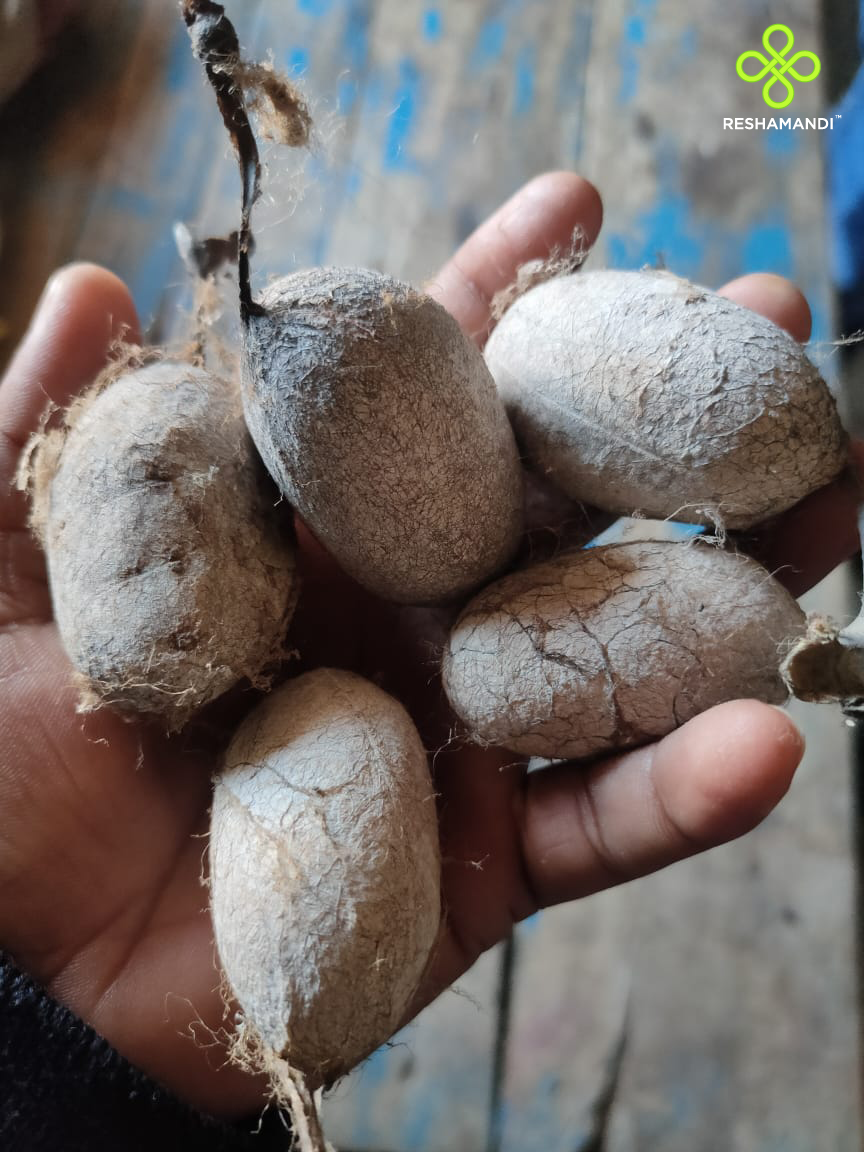 Cocoons are softened and brushed to pick the filament end.

The ends of filaments are combined and passed through a guide before winding them onto a reel.

A slight twist is applied to the combined filaments to hold them together and to produce uniform yarn.

Gum is removed from the yarn using soap and boiling water.

ReshaMandi expands at a rapid pace

ReshaMandi is working closely with the farmers in the state of Jharkhand. With its cocoon procurement centers set up in Jharkhand, ReshaMandi is providing convenience, profits and making a difference in the lives of farmers. It is providing them the required logistics support, arriving at their farm gates to procure Tussar cocoons.

ReshaMandi’s presence in the state of Jharkhand, will improve innumerable livelihoods that are dependent on Tussar silk farming. ReshaMandi is offering good prices for Tussar cocoons to farmers in this region and is ensuring better profitability.

ReshaMandi has also set up yarn procurement centers in the Bhagalpur city of Bihar. This comes as a boon to the weavers of this city as it will facilitate an uninterrupted supply of high-quality raw material amplify fabric production.

ReshaMandi, by empowering silk farmers, reelers, and weavers, is creating an effective medium to amplify silk production and is paving the way for India to become Atmanirbhar in silk production.